The most beautiful castles in Europe

Autumn is coming and that’s the best time for excursions. If you personally want to feel the spirit of Old Europe, you should visit one of the most amazing castles, where the real world merges with a fairy tale.

Neuschwanstein Castle, one of the symbols of Bavaria, is located about 120 km from Munich. It was built in the 19 century by Ludwig II as a monument of medieval German Romanticism. Today it is the most visited attraction in Germany.

There is the lake Schwansee (Swan Lake) near the castle, which inspired Pyotr Tchaikovsky to compose his famous ballet. The name of the castle translates into "new swan cliff."

The place is incredibly fantastic, it is not surprising that the great Walt Disney used the outline of Neuschwanstein as the brand logo of his production company.

More than one million tourists visit this fairy tale castle every year. Don’t worry, there are plenty of parking spots. You will have to drag yourself from the parking area to the castle itself for 25 minutes. You can go inside only with a guided tour. To buy a ticket go down to the cash desk, however, it is advised to buy the ticket online in order to avoid big queues at the castle.

This beautiful fortress is famous for its inaccessibility… at high tide. However, during low tides thousands tourists visit it, because the island, on which the castle was built, then connects with the coast.

The construction of the abbey started in the year 708, and according to the legend, it began with the blessing of the Archangel Michael. We do not know, whether there were the divine forces or the forces of nature that helped to save this island castle till these days, but it still remains unchanged with its own unique charm and mystery.

It can take a whole day to walk through the streets, the fortifications and the monastery. It is better to find out the time of high and low tides in advance (a calendar is hanging at the entrance) and adapt to these changes during your stay in Mont-Saint-Michel.

While the first two castles on our list are known to the whole world, this Portuguese palace is less popular. Portugal generally is not known for monumental buildings, but the Pena National Palace is an amazing exception.

Located on a high cliff above the town of Sintra (which is 23 kilometres from Lisbon), the stunning palace offers the best observation platform of the region. Its terraces have a beautiful view on the Atlantic Ocean, the capital and the town that lies at the foot of its hillside.

The castle itself was built in the middle of the 19th century in a pseudo-medieval style. This "pseudo" part of the style was successfully highlighted in the late 20th century, when the building was repainted in bright colours. Then the palace found its identity and quirkiness.

Beside the Pena, you should have a look on the exotic garden that lies beneath the palace.

Сollections
10 smallest countries in the world 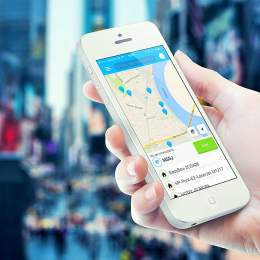 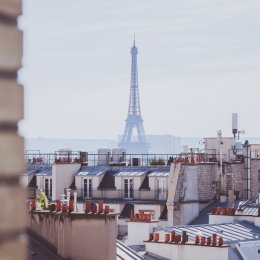 Сollections
20 places to see in Paris
SUBSCRIBE!
to get the best deals
We will write to you, only if we have something really interesting
Press Enter, to start search